Is your blood better tasting to mosquitos than others?

Horror movies, books and fan-fics are always trying to claim that vampires gravitate towards a specific flavor of blood- that they can sense it even before one crimson drop hits their tongue.

Some of it’s milky, some sweet.

Even the fake blood used on set has a specific taste. In a Vanity Fair interview, True Blood’s Kristin Bauer admitted the prop is “really sweet, like sugar water.”

“I turned the bottle around once and read the ingredients,” she said. “It’s corn syrup, red dye, and gelatin. It’s amazing some of the things the special-effects people on True Blood can cook up.”

But the lore associated with vampire’s taste buds might not be too far off from the truth.

Mosquitos are attracted to a certain type of blood also.

Metabolism and body chemistry play a huge roll in the aroma and flavors of your blood.

Yahoo! Health explores some more interesting factors in what distinguishes your blood as a top shelf beverage or a stale leftover dish.

Mosquitoes are nearly twice as likely to land on people with type 0 blood than those with type A, according to a Japanese study. Most people secrete substances that allow mosquitoes to identify blood type before they bite.

According to a study published in Journal of the American Mosquito Control Association, beer also increases your likeliness of being biten. The researchers reported that, “Mosquito landing on volunteers significantly increased after beer ingestion compared with before ingestion.”

It must be the moon

The tiny bloodsuckers are 500 times more active when the moon is full, reports the American Mosquito Control Association. Overall, the highest risk times for mosquito bites are dusk and dawn, with the females of some species migrating up to 40 miles in pursuit of a meal. Male mosquitoes don’t bite.

Scientist Bart Knols used his own body as a guinea pig to see which parts mosquitos bite most. Sitting in his underwear, he found that 75 percent of the bugs homed in on his feet. But after he washed them with deodorant soap, the mosquitos bit randomly. His team also reported that stinky cheeses, such as Limburger—which has the same odoriferous compound responsible for foot odor—also draws mosquitoes.

Of mosquitos and mothers

Expectant mothers get bitten about twice as often as women who aren’t pregnant, increasing their risk for bug-borne diseases, according to a study conducted in Gambia. The researchers hypothesized that since women in the later stages of pregnancy exhale 21 percent more volume, mosquitos were drawn in by the moisture and carbon dioxide in their breath. They also found that pregnant women’s abdomens are nearly 1 degree warmer, which may cause more volatile substances—released in sweat and attractive to mosquitos—to be present on their skin.

You can run, but you can’t hide

Both the carbon dioxide we exhale and substances in sweat, such as lactic acid, help mosquitoes home in on their prey. As a result, Dr. Koehler reports. “You’re more likely to be bitten if you’re running or exercising than when you’re at rest, since you’re breathing harder and sweating more.” In fact, physical activity ups risk for bites by as much as 50 percent, according to AMCA.

Many insects, like bees, are attracted to bright colors resembling a flower. Not mosquitos. Dark-colored clothing can increase your risk of being bitten, compared to lighter-colored garments. In one study comparing the appeal of various hues to mosquitoes, the researchers reported  the following results:  black (most attractive); red (very attractive); grey and blue (neutral); khaki, green, light khaki, and yellow (less attractive).

As someone who takes candid pictures for a living, it is amazing to see the amount of people who are camera shy in this world. The majority who spy me with my long lens or decline my request to be photographed and give their name are women.

I find this very unappealing. I understand if you don’t want to open you heart and life up to me so I can write it all down and display it to the community on the front page of the town’s local paper.

But what’s a picture?

What’s a picture of you and your child having fun at the Strawberry Festival?

What’s a picture of you and your friends cheering at a football game?

What’s a picture of you at a socialite event in your formal best?

It really makes me sad. Sure, us women don’t always look dolled up. But just because we look natural, organic, doesn’t mean we should live in shame. Don’t ever be ashamed of your appearance.

Pictures, videos- they capture a moment in time. They’re immortal. And you are immortal in that space.

Dove’s newest campaign seeks to point that out. Sure the video is cute and playful. But it pinpoints a dark truth: When did you stop thinking you were beautiful?

A new report for the United Nations Food and Agriculture Organization pinpoints Mexico as the world’s fattest developed nation.

“Household surveys from Bangladesh, Egypt, Ghana, India, Kenya, Malawi, Mexico, Mozambique and the Philippines [] find that dietary diversity is strongly associated with household consumption expenditure,” according to the report.

When income correlates with nutrition, it causes a greater chance for malnutrition.

The report focuses largely on malnutrition in the world.

“26% of all children under the age of five are stunted and 31% suffer from vitamin A deficiency, while an estimated  1.4 billion people are overweight, of whom 500 million are obese,” according to the report. 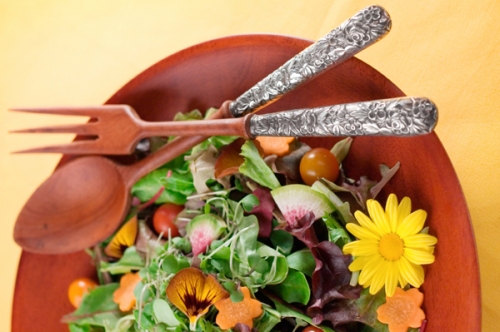 My mouth waters. I begin to grind my teeth at the thought of chewing the succulent texture.

I’m not salivating over a fine steak or wishing I could have a bite of a sweet truffle. In fact, I’m not even in a kitchen, restaurant or sidewalk cafe. I’d be more likely to be in a floral shop, field of wild flowers or holding a bouquet.

It’s because this urge comes from a weird thought of mine. I have the desire to eat flowers. Particularly roses.

I actually have never eaten a flower. But every time I get flowers sent to me or am in a garden, the sacchariferous smell of the petaled-beauties transcends into a delicious flavor.

Until now, it has kind of scared me. There is an actual condition termed Pica that is characterized by an appetite for substances largely non-nutritive, such as clay, chalk, dirt, or sand.

On the constant prowl for unique recipes, these flower-infused bites are most definitely something I need to try.

The recipes include tempura banana flowers, candied rose truffles and more accepted recipes like basil and mushrooms and artichoke bruschetta.

20 of the most awkward cakes

In the era of cupcake fanatics and cake decorating fads, these cakes stand out among the rest. But not because of their beauty, skillfully created design or artistic merit.

These have to be some of the most awkward…and unappetizing…cakes around. 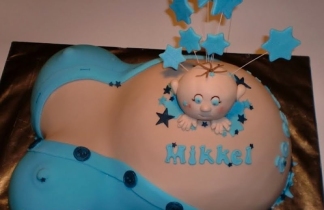 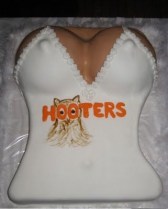 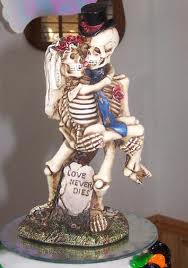 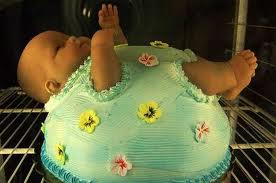 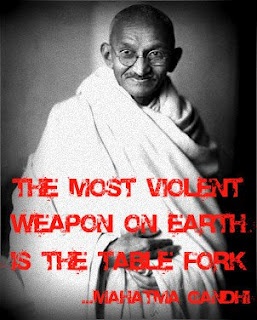 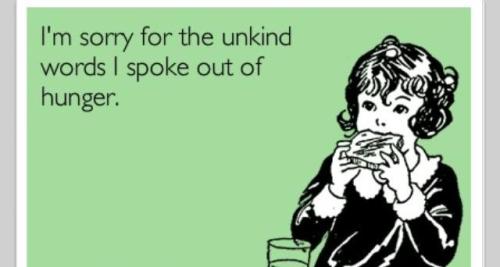 Fitness Unarmed: The story of amputee and bodybuilder Barbie Guerra

One look at a female bodybuilder and anyone can see that she’s different. With muscle tone like an exotic Amazonian and a dark spray tan, a body builder is a walking representation of extreme fitness.

Barbie Guerra lines up along other sculpted bodies during competitions. Together the bodybuilders don’t seem so different.

But Guerra still stands out.

She doesn’t have any arms.

The mother of two read about fitness competitors like Kelly Ryan in magazines for years. She became fascinated by the sport.

“I wanted to be in the magazines – just like them!” Guerra wrote on her website. “I just wasn’t sure at the time if I believed in myself enough to do it. I had to ask myself if I’m going to sit around wanting to do that or if I’m going to get up and do it? I decided that if I did not at least try, I would definitely regret it later.”

So Guerra called local competitions around her Arizona town to see if she could enter.

“I was concerned that I was going to bust my butt preparing for a competition and then not qualify to compete because of not having arms,” Guerra wrote. “I decided to make a phone call to the promoter to make sure it was alright for me to enter.”

The promoter was excited to have her compete. He said the audience would love her and she would  be a symbol of inspiration.

But he also told her something that would knock most people down.

He told her she could never win.

It only fueled her fire of motivation.

Since then, Guerra has entered 15 competitions from Chicago to Houston. Her last competition was the 2012 NPC Jr. Nationals where she placed fifth.

Not too shabby for a woman who wasn’t supposed to survive the accident that caused her to lose her arms at just two years old.

“I was outside playing with several other children, and being a typical 2yr old, I was in and out of the apartment a thousand times,” Guerra wrote. “While I was outside, I did something that would change my life in an instant.”

She climbed onto a transformer, grabbing wires to help her up.

Her arms were burned to the bone, “like charcoal.” Both were amputated at the shoulder. She still has scars on her legs.

Doctors said she would be in a vegetative state if she survived. But Guerra did survive and is physically and mentally capable. Her medical team speculated that the rubber soles in her tennis shoes might have been the reason her life was saved.

But Guerra believes it was an act of God.

“My mom prayed that if I had to live as a vegetable, that God would just take me,” Guerra wrote. “She also made a promise to God that day-if he let me live, she would make sure that I became ‘somebody.'” 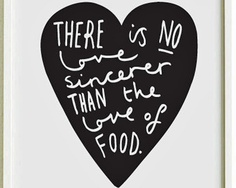